The Benefits of Being Joe Biden’s Brother – Mother Jones 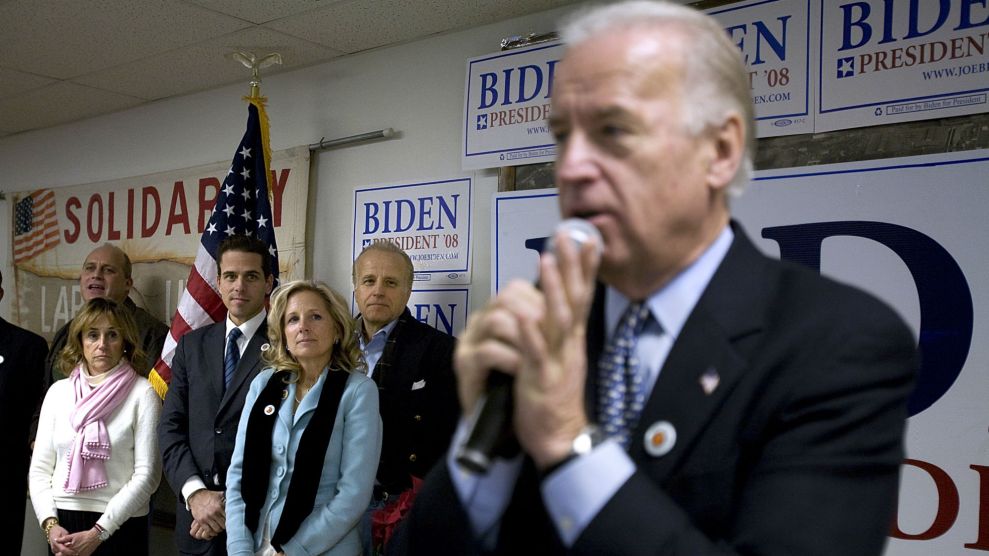 Joe Biden, is joined by his family including his sister, Valerie Biden Owens, left, his son, Hunter, his wife Jill and his brother Jimmy at a rally in Dubuque, Iowa in 2008Mark Hirsch/AP Photo

This story was originally published by ProPublica, a nonprofit newsroom that investigates abuses of power. Sign up for ProPublica’s Big Story newsletter to receive stories like this one in your inbox as soon as they are published.

Jim Biden was in a bind. An investor had put up $1 million to help Jim and his nephew Hunter buy a hedge fund. Then it turned out that the fund’s assets were worth less than the Bidens had thought. Now the investor wanted its money back.

It was December 2006, not long before Jim’s older brother and Hunter’s father, Joe Biden, then a Delaware senator, would announce his second campaign for president.

Jim and Hunter Biden got a loan from a bank founded by one of Joe’s political backers—William Oldaker, an attorney for the senator’s presidential campaign and Hunter’s partner at a Washington law and lobbying firm.

Oldaker had strong ties to Joe Biden’s political operation, and at the time, the bank, WashingtonFirst, had nearly half a million dollars in deposits from a Joe Biden political committee Oldaker had helped set up.

But WashingtonFirst was less than three years old, and a $1 million loan was large for its size. The bank required that loans be well secured by borrowers’ assets. Jim Biden put up his house in Merion…

How to Get No Credit Check Loans Online